Our good friend Rolfe Kanefsky, the writer/director will be at the midnight screening on Sat May 26th at the New Beverly Cinema for a Q & A before the screening and to giveaway a few door prizes like the original poster, rare tee-shirts, and baseball caps.  Sounds like fun!

Plus we’re giving away 5 tickets in a special BOOBS & BLOOD sweepstakes.  For a chance to win, simply send an email (with your full name) to: 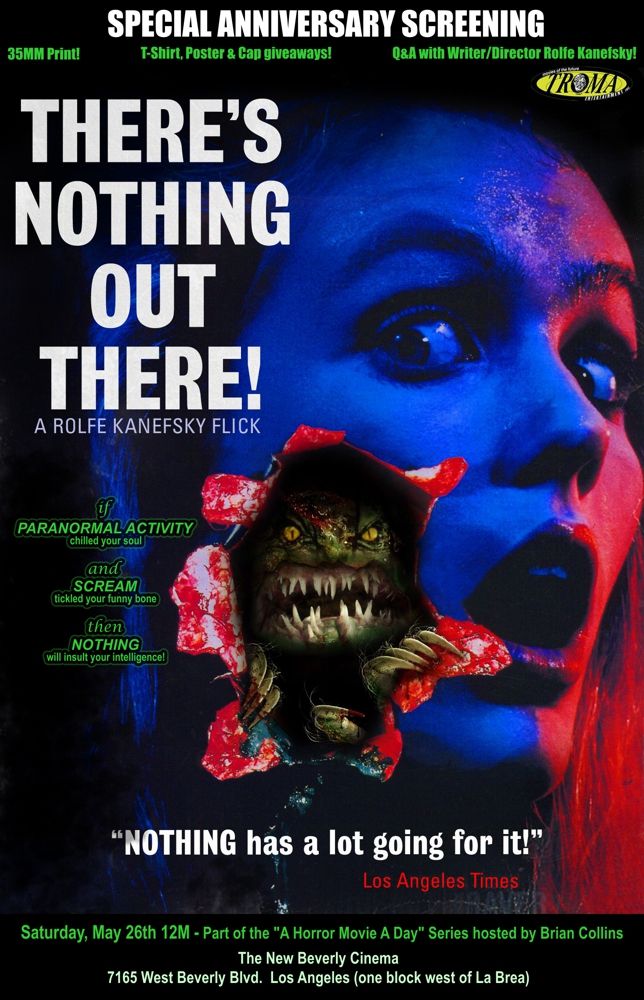 THERE’S NOTHING OUT THERE is a cult horror comedy that came before CABIN IN THE WOODS and before SCREAM. When Mike, a horror movie fanatic, and six of his high school friends go to a cabin in the woods for spring break to party, they are quickly interrupted by an alien creature who has come to eat the boys and reproduce with the ladies. Luckily, Mike has seen every horror film ever made and knows all the warning signs. It’s been called “REVENGE OF THE NERDS” meets “THE EVIL DEAD”.

And Kevin Thomas of the L.A. Times says, “NOTHING” has a lot going for it…is fast, funny and a fine calling card for Hollywood…It’s a winner.”