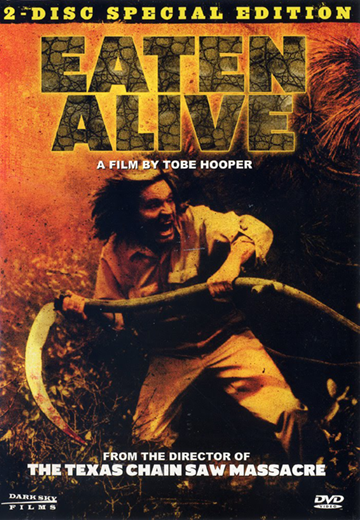 EATEN ALIVE (aka DEATH TRAP) (1976) is a genre classic. A much maligned, misunderstood and neglected classic – but still a classic. So when is someone going to give it the respect it’s due and release it on Blu-ray in either the US or UK? Here at B&B this is up there with TOBE HOOPER’S best (Lifeforce, Funhouse and Salem’s Lot). Dark, twisted EC-style horrific humor is what Hooper does best and this stylish madhouse of a movie is one of the funniest and twisted pictures in his long career.

For this review we purchased the 2000 Dark Sky Films 2-Disc Special Edition. Packed full of cool extras it’s a great purchase if you can find a copy.

Like Hooper’s TEXAS CHAIN SAW MASSACRE this is very, very loosely based on a (supposedly) true life trim. The DVD extras go into more detail on these events. Story-wise the film really is just a wonderful excuse for a demented performance from Neville Brand as Judd, the blood crazed owner of a swamp shrouded hotel and a hungry pet crocodile. As such it’s basically a series of set-pieces and vignettes from a series of great genre actors such as Stuart Whitman, Carolyn Jones, Mel Ferrer, Marilyn Burns, William Finley and good ole Robert Englund. Englund has one of the best opening lines in a horror film and is pretty good in an early genre picture for him. Mel Ferrer has one of the better death scenes too.

The films is stylishly and appropriately studio bound – giving it’s bayou background a perfectly dreamlike/nightmarish quality. The other-worldly feel and EC comic influence is exemplified by Hooper’s strong use of overt colored lighting (predominantly red) and the luscious over-use of the studio smoke machine. even the much maligned plastic croc adds to the comic strip vibe, and is so carefully shot as to not be a distraction at all.

I have to give extra praise to Hooper’s unique electronic score – a creative cacophony of gurgles and screeches that keeps your nerves on edge throughout. Wish scores could be this creative today.

Of all Hooper’s films I feel this one is one of his least respected or even remembered. So check it out if you get the chance and let’s hope a Blu-ray is in the works in the near future. It deserves it. 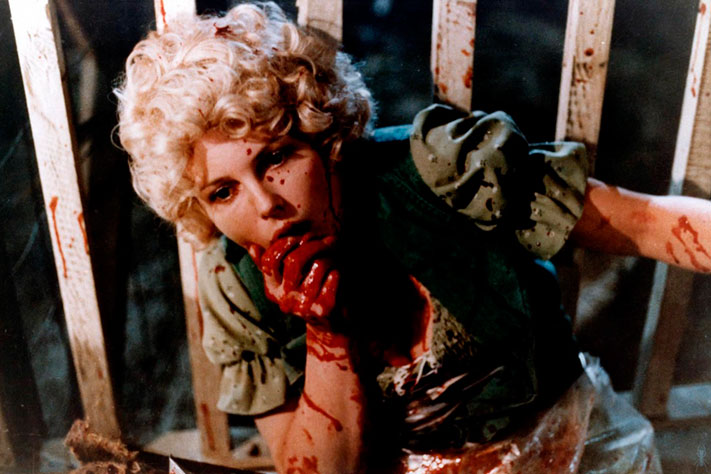 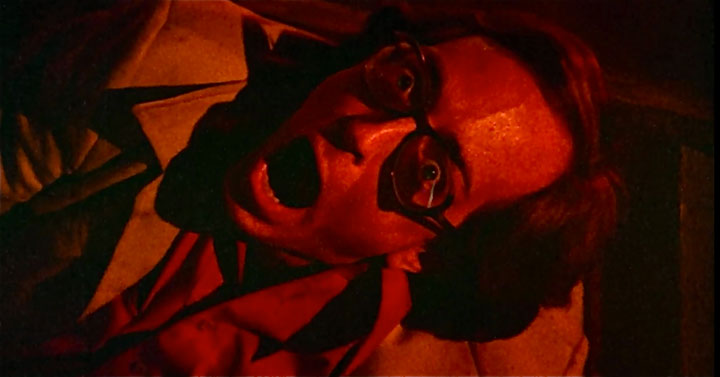