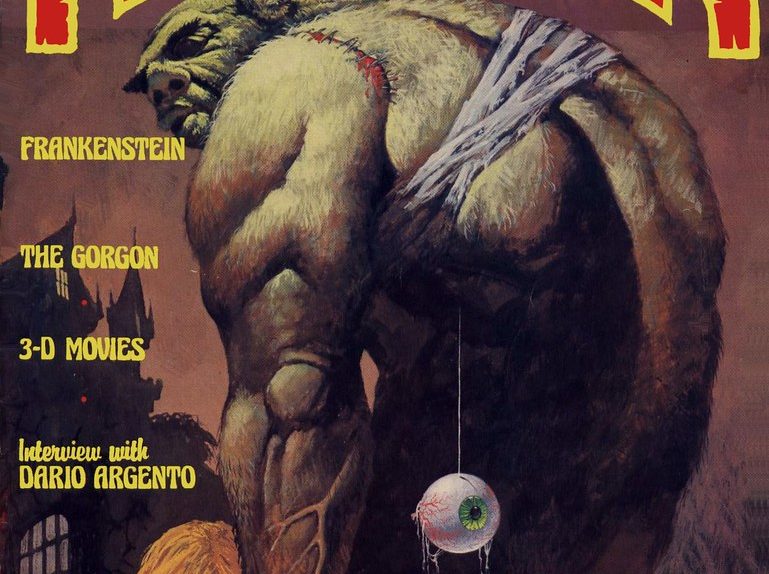 Now lets look at probably the best (and most successful) horror magazine ever produced in the UK, the late great, Dez Skinn’s influential “HOUSE OF HAMMER/HALLS OF HORROR”  (1976-1984).   As well as featuring up to date movie news and reviews it also featured amazing comic book Hammer film adaptations (often by Brian Bolland) and some of the most beautiful covers ever to grace a monthly publication (usually by Brian Lewis).  Below are 2 of my favorite covers, plus some rare page artwork (with uncensored bloodshed) from Bolland’s version of “VAMPIRE CIRCUS.” 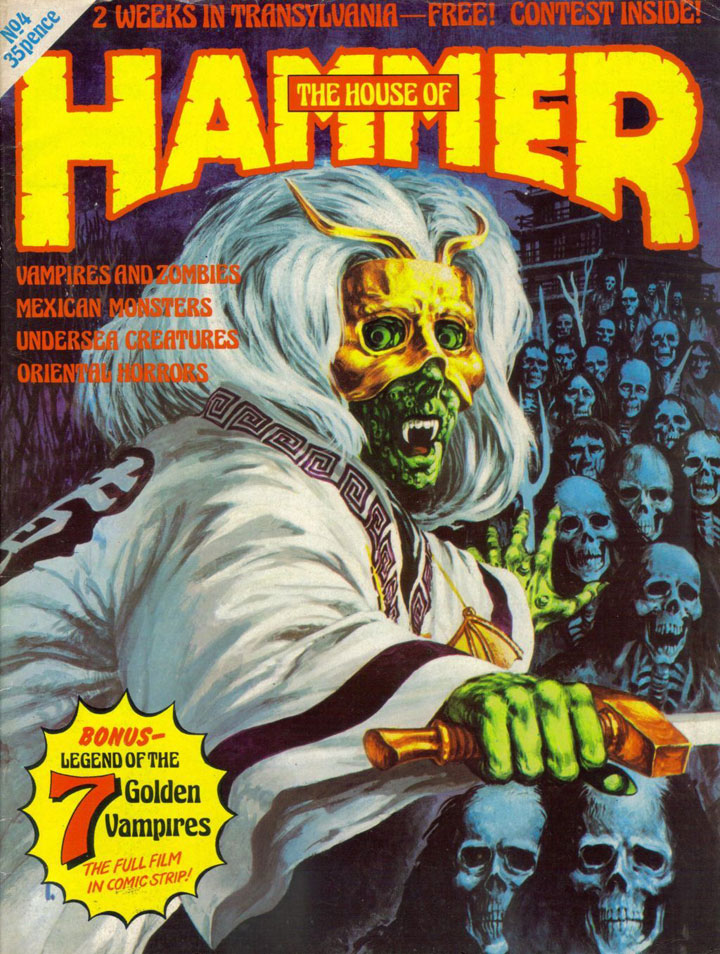 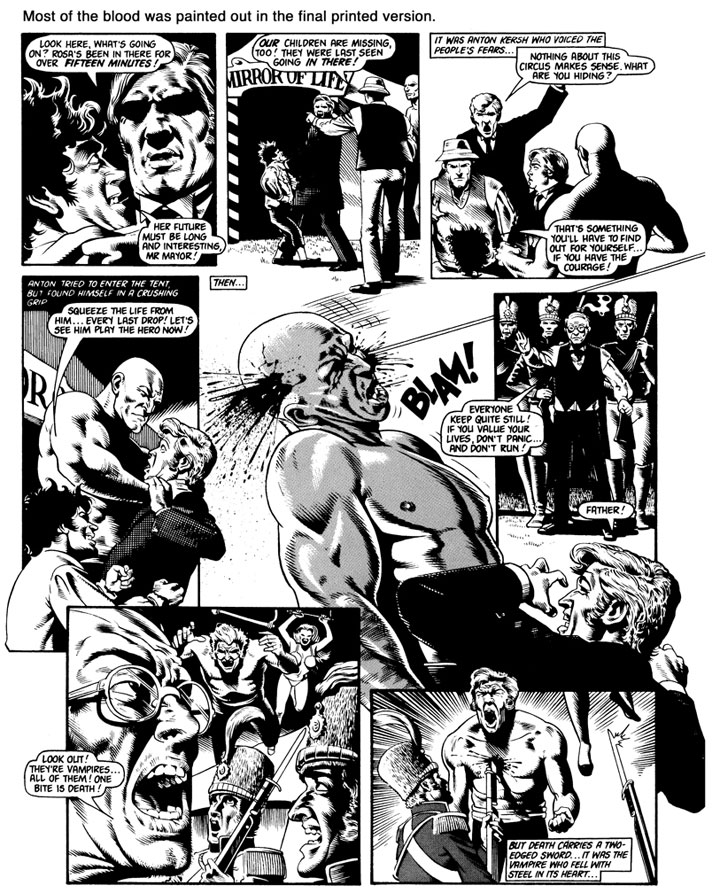 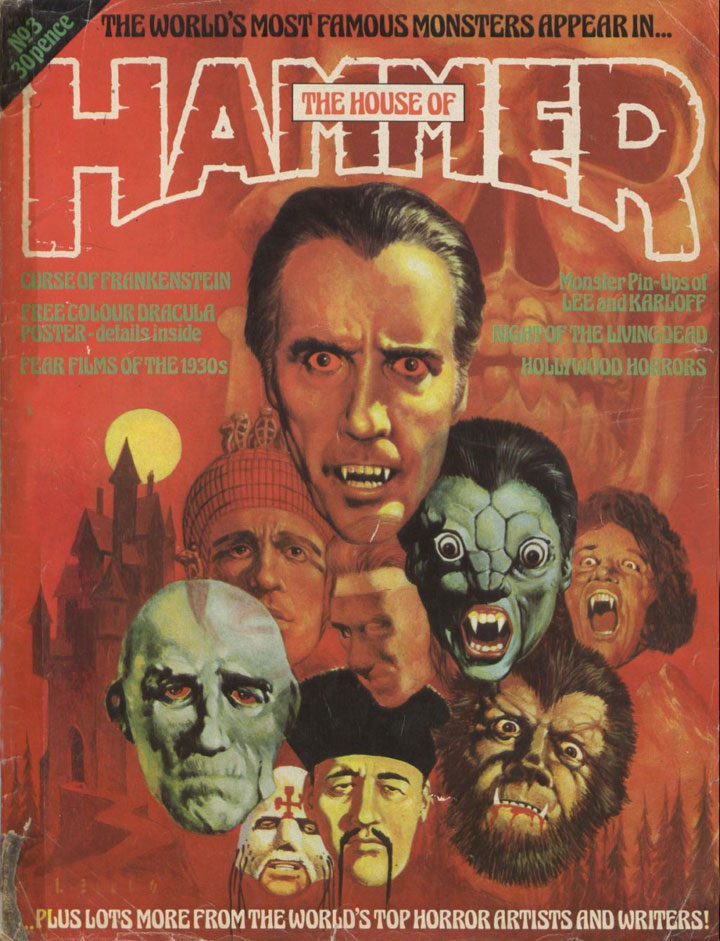 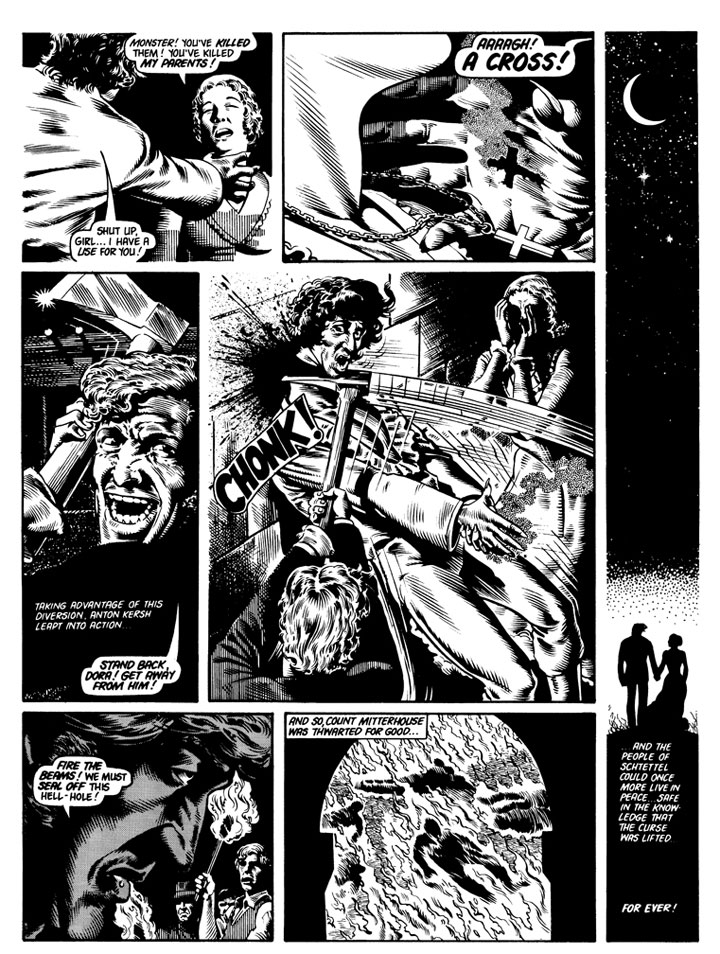