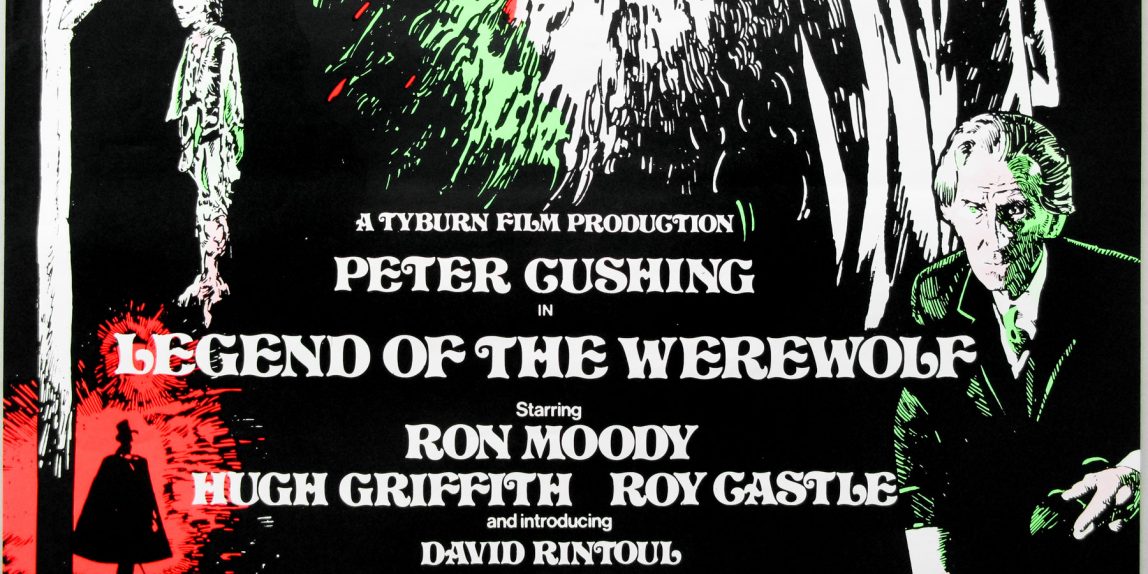 Since we’re talking about 1975’s “Legend of the Werewolf” (Tyburn Films) it just so happens to also have a pretty cool Quad poster design. Originally released as part of a double-bill with the re-release of “Vampire Circus” (another fabulous Vic Fair design – more on Vic’s amazing work in a later post). 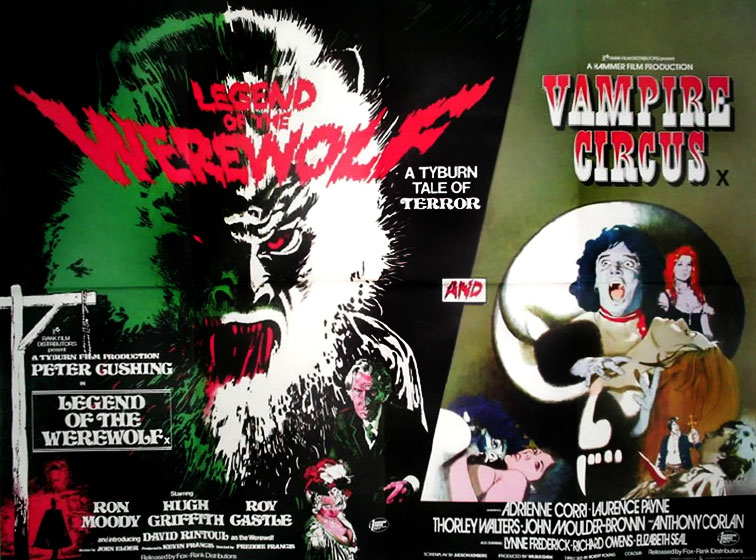 Plus here’s one of the (very rare) UK FOH stills from the same film. 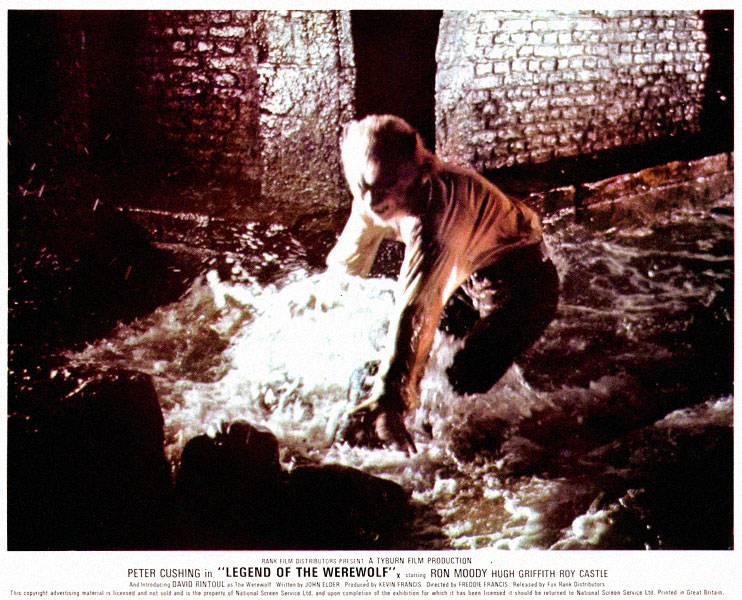 Double Crown version of Vic Fair’s amazing artwork for “Legend of the Werewolf.” 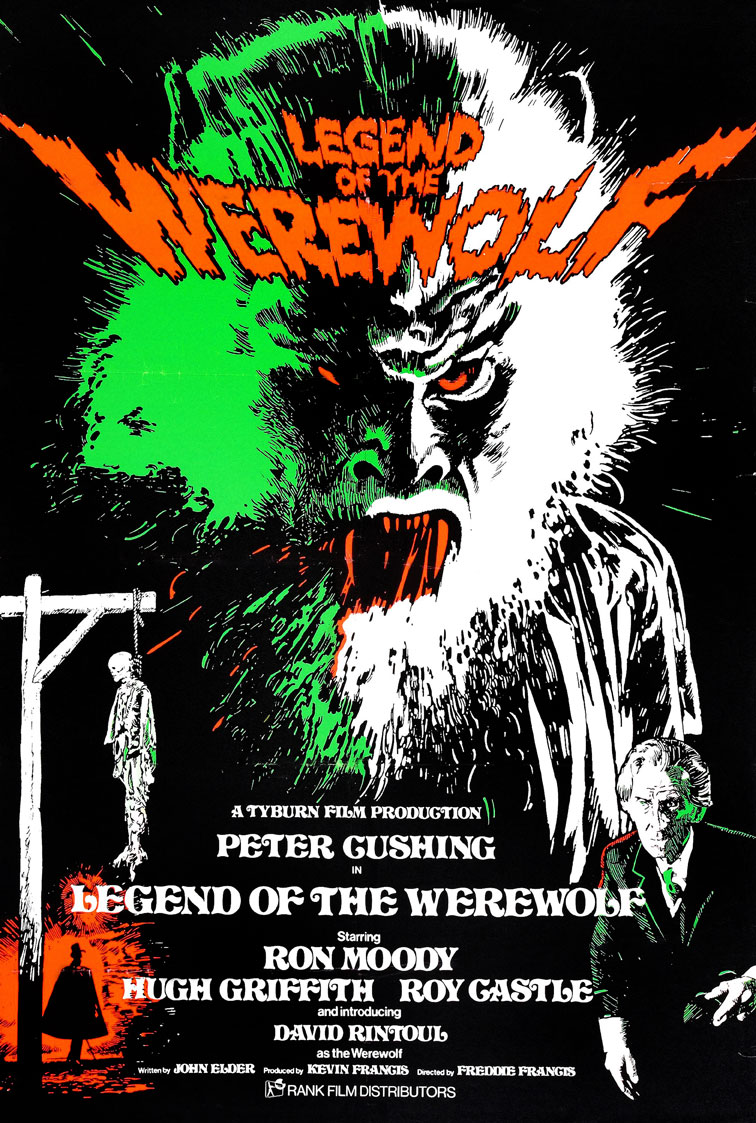 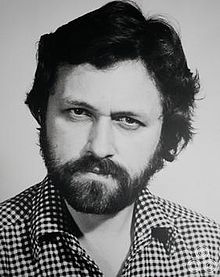