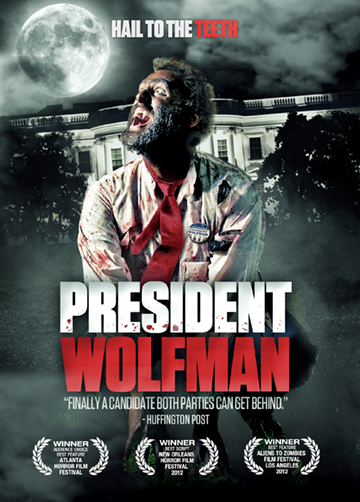 So this little gem of a movie finally, after several years of festival award success, finds a DVD home (courtesy of WILD EYE RELEASING). Directed and written by MIKE DAVIS (of Sex Galaxy, Pervert! fame) this is a unique form of movie making. Davis calls it GREEN filmmaking. It’s a process whereupon he utilizes public domain and unused footage, re-assembles it, adds a new script, brings in A-list voice talent, adds some graphic touches and finally unleashes it to an unsuspecting public. As he calls it “No Lights, No Camera, All Action!”

The film’s story is simple – the President of the USA is a werewolf, is a single parent, is trying to stop China buying the US (Chimerica), is in love, is killing the opposition, is in big trouble.

With little interest in lip-sync accuracy (according to the DVD commentary the voice talent never saw any of the footage) and total interest in absurd jokes (visual and audio) and a subversive political plot, Davis has created a unique comedy-horror spectacular, the likes of which we have never seen before. I laughed so hard from the very beginning. As did my friends (it’s a great late-night laff-riot).

So similar things have been done in the past – What’s Up Tiger Lily – but nothing like this. Davis has created something new and utterly amazing. Some jokes fail, but (like classic Zucker Bros. AIRPLANE gags) they fly at you so relentlessly that at least 75% hit their targets.

As for the DVD, it’s packed full of extras – a very informative commentary, lots of crazy shorts, unusual music videos and trailers. Well worth the cover price.

Let’s hope we see more GREEN movies from Davis in the future. We could all do with more of his unique brand of insane humor.

Some very nice BOOBS (with pasties). Some BLOOD. 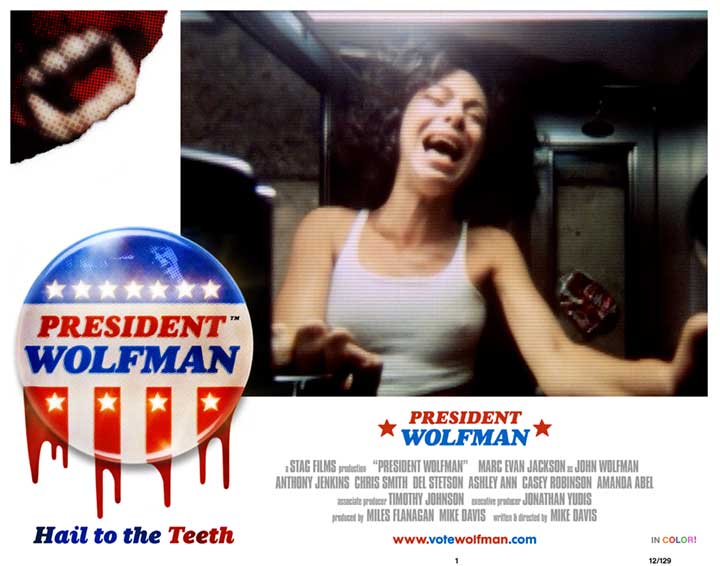